Go to website
Mostbet » Sports predictions » Qatar vs Senegal. Prediction for the match of the World Cup

Qatar vs Senegal. Prediction for the match of the World Cup

24-11-2022, 21:29
Prediction and bet on Qatar vs Senegal, statistics, odds. Qatar and Senegal lost in the first round, but which of the teams is capable of taking points in a face-to-face meeting in the second round on November 25, the answer is in the prediction. What will be the result?

Our Expert Predictions & Analysis on Qatar vs Senegal

The Qatar national team has been preparing for the home World Cup for a long time through friendly matches and the Asian Cup. The team of Felix Sanchez Bas created a real sensation at the Asian Cup, having managed to get the first international trophy in the history of the national team. In friendly matches on the eve of the World Cup, the "burgundy" were also impressive and regularly won victories over not the easiest opponents.

By the start of the tournament, the Qatar team came up in great shape and probably expected to surprise, but it didn’t work out. In the opening match of the World Cup, the "burgundy" met with Ecuador and conceded an early goal, which was clearly not part of their plans. As a result, it was not possible to rebuild, the Ecuadorians scored one more goal and confidently brought the matter to victory. A 0-2 defeat leaves Qatar with few chances of reaching the playoffs.

The Senegal national team had a great Africa Cup of Nations at the beginning of 2022, fully justifying the status of one of the main favorites of the tournament. The first victory in the history of the national team at the continental championship gave fans reason for optimism on the eve of the most important play-off matches of qualification for the World Cup, where they had a chance to meet with the same Egypt that the Senegalese beat in the African Cup final.

As in the final of the continental championship, and in the final match of the qualification for the world championship, it came to a penalty shootout, where the Aliou Cisse team turned out to be stronger again . In the opening match of the World Cup, the Senegal team resisted the Netherlands and was close to taking points, but made a mistake twice in the last ten minutes of the match and complicated their task drastically. 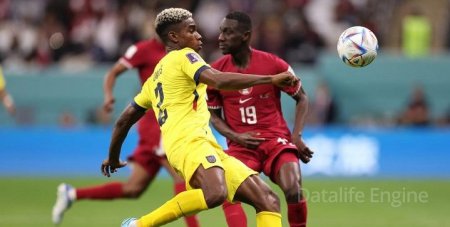 The Qatar national team did not show their best game in the first round, the team clearly burned out against the backdrop of fans' expectations after winning the Asian Cup. However, nothing has been lost for the Burgundy so far, and in the match with Senegal, the hosts will most likely be more active in attack, and in general, it makes sense to expect better football from them.

The Senegal national team has a good defense, but it cannot do without mistakes, it is unlikely that Qatar will remain without goals scored in the second match of the World Cup in a row. At the same time, Senegal will obviously play to win, the Lions of Teranga have an advantage in the selection of players, the exchange of goals will most likely take place.

We believe that there will be goals in the match. Prediction: both teams to score. In Mostbet bookmaker, such an outcome is offered with a coefficient of 2.25.

The Senegal national team is the favorite of the fight - the Africans have superiority in experience and class over the opponent. The Senegalese are quite capable of turning it into three points, even against the background of the Netherlands they looked quite worthy, but it is hardly worth waiting for a defeat. Qatar will also strive to cling to the points, while the “burgundy” have not yet revealed their full potential, they are capable of giving a fight, but it is unlikely that they will be able to take the points.

Our second bet will be the victory of Senegal by one goal. Such a bet in Mostbet can be placed for 3.27.
Next article Previous article