12-07-2022, 14:12
Secret, Goonsquad, Dota Pro Circuit
Prediction and bet on Secret vs Goonsquad, statistics, odds. On July 12, Secret will face Goonsquad. Whom to give preference in this confrontation?

Our Expert Predictions & Analysis on Secret vs Goonsquad

Secret are currently actively fighting for getting into the major. They are in the fifth position of the standings in the group and have nine points to their credit. The team failed the matches against Tundra (1:2) and Entity Gaming (1:2), but in the meetings with Liquid (2:0) and Gaimin Gladiators (2:1) they celebrated success.

Of course, the Sikrit are still far from their best form. However, lately they have been drafting much better than before, which is why they started to win. Often they started to have strong hardlaners like Dragon Knight or Timbersaw. 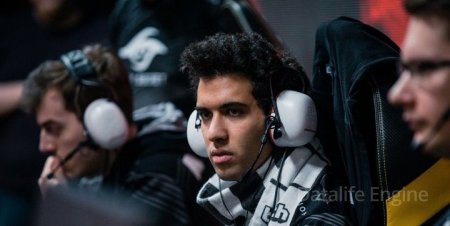 Even before the start of Dota Pro Circuit, Goonsquad were considered one of the main outsiders and could not claim anything serious. Now they occupy the penultimate place in the table and have only six points in their assets, but they are still able to protect themselves from the relegation zone, so the upcoming match is of key importance for them.

However, in the last four matches, the Swedes were able to deal only with Alliance (2:0), and in the remaining three meetings they were defeated with a score of 0:2. So, they failed with Gladiators, OG and Tundra.

In our opinion, Secret are significantly superior to their opponent in the class and are the clear favorite of the upcoming fight. For them, this match is of great importance, because thanks to the victory in it they can get to the Major. If Puppey and company play as usual, they will be able to deal with Goonsquad with a 2-0 score. Our prediction - Secret win with a handicap (-1.5) on cards for 1.70 in Mostbet.
Next article Previous article