Go to website
Mostbet » Sports predictions » Fram vs Hafnarfjordur. Prediction for the match of the championship of Iceland

Fram vs Hafnarfjordur. Prediction for the match of the championship of Iceland

11-07-2022, 17:37
Fram, Hafnarfjordur, championship of Iceland
Prediction and bet on Fram vs Hafnarfjordur, statistics, odds. On July 11, in the 12th round of the Icelandic championship, Fram and Hafnarfjordur will meet. These clubs have the same number of points - they are on adjacent lines in the table. Which of them will be higher after a face-to-face meeting?

Our Expert Predictions & Analysis on Fram vs Hafnarfjordur

Fram earned ten points in 11 rounds in the Icelandic championship. With them, the club is below the middle of the table, in ninth place, overtaking rivals lower by two and three points. The distance is not so great, so Jón Thorir Sveinsson's men should not lose points often. However, in five rounds, Fram had only one victory - over Valur from the fifth line (3:2). In the rest of the meetings, the club played two draws and lost.

Hafnarfjordur have the same number of points as Fram. With ten points, the club stands above its rival, overtaking him in additional parameters. The wards of Olafur Johanesson did not win in five rounds. However, in the last three games, the club has not known defeat - it goes on a short series of draws. Once, Hafnarfjordur managed not to lose to Stjarnan from fourth place (1:1). 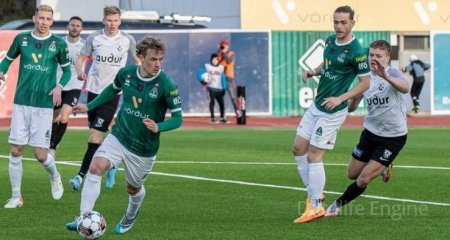 In this confrontation, we will expect a major final score. Opponents are neighbors in the table, so you can't expect a cautious game from defense here. Plus, in their last matches with the participation of the teams, many goals were often scored. We are waiting for a similar scenario now.

We bet on total over three goals. In the line from Mostbet, this option received a quote of 1.77.

But if we choose a winner here, then we still give preference to guests who have not lost in three meetings in a row. Fram have lost more often in recent matches. So, Hafnarfjordur is closer to victory, in our opinion.

We also offer to bet on the win of Hafnarfjordur, which received a coefficient of 1.99 from the bookmaker.
Next article Previous article