Go to website
Mostbet » Sports predictions » Gaziantep vs Besiktas. Prediction for the match of the championship of Turkey

Gaziantep vs Besiktas. Prediction for the match of the championship of Turkey

24-12-2022, 18:42
As part of the 15th round of the Turkish Super League on December 25, Gaziantep will play against Besiktas. From our prediction, you can find out how the match will end and what bet will be optimal.

Our Expert Predictions & Analysis on Gaziantep vs Besiktas

Gaziantep is a typical midfielder in the Super League. The team managed to score 16 points in 13 rounds. There is a gap of three points from the relegation zone. It will be difficult to qualify for the top three, given the 11 points behind third place.

During the break, Gaziantep played two friendly matches. Managed to defeat Konyaspor (1:0). At the same time, in the game with "Khatayspor" followed by a defeat with a score of 1:2. It should be noted that this week the team successfully overcame the round of 1/16 finals of the Turkish Cup, beating Boluspor (3:1).

Besiktas traditionally sets itself the highest goals, but does not always live up to the expectations of the fans. This season the team is not impressive, having only 22 points. This indicator allows us to take eighth place in the table, five points behind third-placed Basaksehir.

Besiktas actively played friendly matches, winning four out of five fights. As part of the 1/16 Turkish Cup, the capital's team did not experience great difficulties in the confrontation with Sanliurfaspor (4:2). 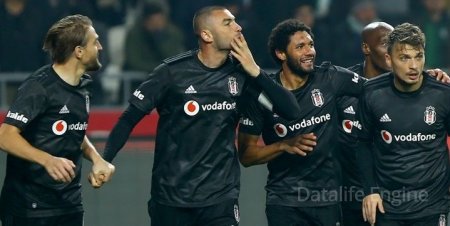 Besiktas rarely pleases their fans in away matches. The team has only two successful away matches in the Super League. Moreover, on the Gaziantep field, the capital has not won since 2011. We don't think that today the favorite will have an easy time, given the good shape of the hosts. We recommend an underdog forecast in this pair.

Our prediction is the victory of Gaziantep with a handicap (+1) ball  for a coefficient of 1.58 in Mostbet bookmaker.

Both teams rely on attack and often miss a lot. Cup matches this week with the participation of Gaziantep and Besiktas turned out to be productive, which we are waiting for today.

Second bet - total over 2.5 goals for 1.65.
Next article Previous article