Salzburg vs Ajax. Prediction for a friendly match

Our Expert Predictions & Analysis on Salzburg vs Ajax

Last season, Salzburg pleased with successful performances in the Champions League, where the team was ahead of Sevilla and Wolfsburg in the first stage, which brought a ticket to the spring stage. There, the " bulls " in the first stage lost to "Bavaria" with a total score of 2:8.

In the tournament of the Austrian Bundesliga " Red Bulls " for 32 rounds chalked up 25 wins and five peaceful outcomes, which brought 52 points and the first position in the standings. In the first match of the new season, the Austrians beat Fügen in the Austrian Cup (3:0).

Last season, Ajax had a powerful Champions League tournament, where the team produced the maximum figure in six matches in the group stage, ahead of Dortmund, Sporting CP and Besiktas. In the playoffs, the Jews reached the 1/8 finals, where they could not cope with Benfica.

In the tournament of the highest line of the Netherlands, the Ajaxids recorded 26 wins and five draws over 34 rounds, which brought 83 points and the title of the Dutch champion. After defeating Heerenveen (5:0), the guests tied with Vitesse (2:2). 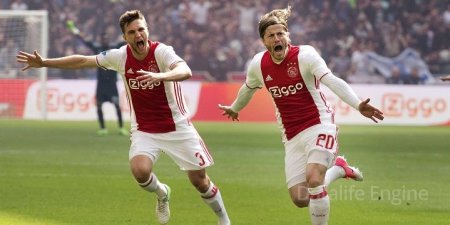 In this match, we do not expect another outcome, except for the success of the champion of the Netherlands, who is gaining with each new match and today is head and shoulders more powerful than the Red Bulls. However, this match does not carry any tournament load, which may affect the dedication and the final result.

Our forecast is the victory of Ajax and we bet on this through the line of Mostbet with a coefficient of 2.40.

We assume that the strongest side of the opponents is the attacking line, which will bring not only attacks and scoring chances, but also please with a high percentage of conversions. Moreover, in 3 of the last 4 head-to-head matches, less than four goals were not scored.

Second bet - total over 3.5 goals for 2.42.
Next article Previous article