Go to website
Mostbet » Sports predictions » England vs France. Prediction for the match of the World Cup

England vs France. Prediction for the match of the World Cup

9-12-2022, 18:35
England and France will play for the right to break into the semi-finals of the World Cup. Who will prevail on December 10 and go to the next stage - the answer is in our prediction. What is the best rate?

Our Expert Predictions & Analysis on England vs France

The World Cup quarter-finals culminate in a heavyweight clash between longtime rivals England and France. The rivals first met in 1923, but this is only their third meeting at the World Cup and the first since 1982. The Three Lions have only won one of their last eight head-to-head matches, which can mean only one thing - Gareth Southgate's team is in for a serious test.

At the current tournament, today's nominal hosts did not lose - seven points at the group stage stage, where the British pleased with nine goals scored and disappointed in the duel with the USA (0:0). The first leg of the play-offs turned out to be difficult, in which the England team scored a third clean sheet victory in a row over a difficult Senegal (3: 0). It is impossible not to note the first goal of the tournament by Harry Kane and the appearance of Jude Bellingham .

By the way, such results are similar to last year's entry into the final of the European Championship. It should be noted that no one could beat the team's 12 goals in the current tournament before the quarterfinals. Today, for family reasons, White will not be able to play.

The 0-1 loss in the group stage against Tunisia showed that the reigning world champions can make mistakes, especially if the players get some more injuries. Nevertheless, the " blue " scored two wins and six points in three rounds, which eventually brought them to the first position in the standings.

At the stage of the 1/8 finals, France easily dealt with Poland (3:1). not to mention Mbappe's double and his assist in the 44th minute, after which Giroud scored. Now on account of this striker the best indicator of " Le Bleu " in history - 52 goals.

Nevertheless, it was Kilian who increased his advantage in the Golden Boot standings, about whom there were doubts because of his health. Moreover, the striker missed training on Tuesday. However, the French have already dealt with the absence of Karim Benzema, Paul Pogba and N'Golo Kante. Today, Benzema and Hernandez, who has a knee injury, will not be able to play in the team of Didier Deschamps. 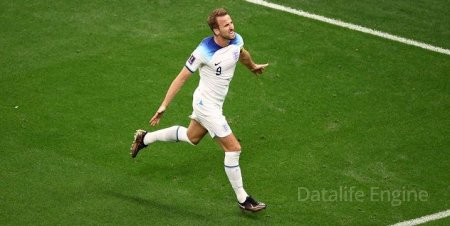 Didier Deschamps still hopes to retain the title, with the coach noting that his players want to extend their stay in Qatar. On the side of England there is a serious motivation and a fantastic selection of experienced and technical performers. Most likely, a serious desire to break into the next stage will bring additional strength to the team. We expect that defense will come to the fore today and we will not see more than two goals, which we will bet on.

Our prediction is the total under 2.5 goals and we bet on this through Mostbet with a coefficient of 1.98.

In our opinion, the game for reaching the semi-finals not only has a serious motivation, but also a fundamental implication. We believe that a peaceful outcome is quite possible today, which will eventually lead the national teams to extra time or a penalty shootout.

Our prediction is a draw at 3.36.
Next article Previous article